A few months ago Prince Charming and I were talking about our fitness bucket list. One of the items on my bucket list was to earn some race bling in a different state. The intent was to travel somewhere specifically for a run. Well, if you think I’m addicted to the Active.com website… you should talk to Prince Charming. Knowing my desire to earn some bling in a new city, he found the Colorado Springs Glow Run!

Over dinner we discussed our travel budget, and quickly came to the conclusion that we would skip the whole Horseback riding through Garden of the Gods and just drive or walk through it. (I’m pretty sure that’s a clue that we are addicted to running). 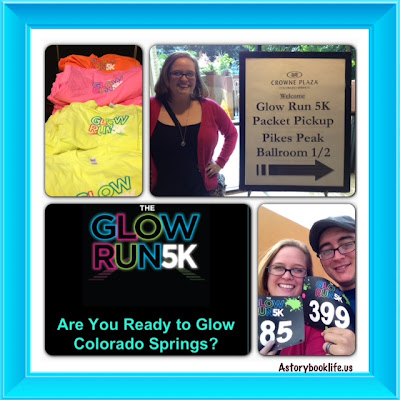 When we picked up our packets the young man (probably about 11 or 12) says to me “Are you really from Florida? I LOVE FLORIDA!” Prince Charming and I talked to him for a little bit about how excited for the run and then. …

Decision time.
Pink, Orange or Yellow.
Okay, … it wasn’t THAT hard. Since I’d just gotten an email welcoming me as a Sweat Pink Ambassador, (YAY!!) Pink was the obvious choice!!
Race Day!
Prince Charming and I had a full day of adventures planned for Race Day. So, we got up super early and headed over to the the Olympic Training Center and then found ourselves at the Zoo. 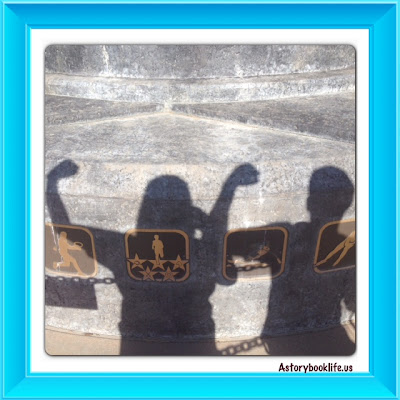 We hiked around the Cheyenne Mountain Zoo for a few hours and then headed back towards the hotel for some pizza and much needed rest! 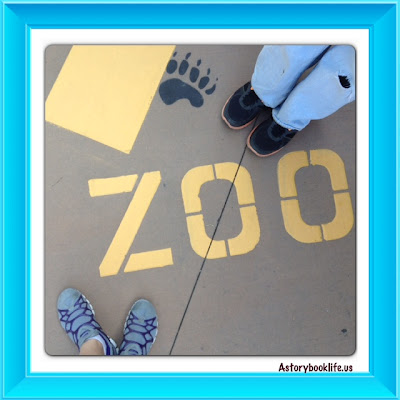 The run took place fully on the Pikes Peak International Speedway. (I felt a little like Lighting McQueen!) anyway! The energy was as vibrant as all the colorful shirts, tutus and glitter!

We arrived pretty early so we had lots of time to take some goofy pictures use the restroom before the sun went down. The sun went down, we loaded into the start line and then … We were off!! 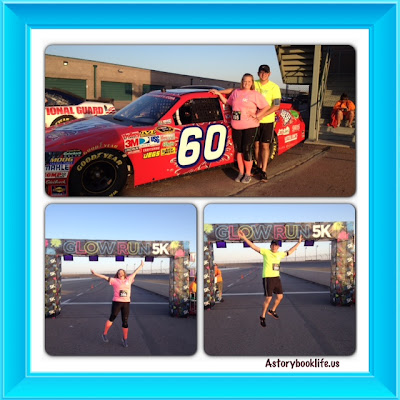 There were about 2,000 runners at the event but it didn’t feel crowded. This was because the course was on the track and so there was plenty of space! The weather was a lot colder than I’m used to running in, and there is the whole, I walked 4 miles through a mountain zoo that afternoon AND some little thing called Elevation Sooo, I wasn’t all that surprised when my Asthma started acting up during mile one.  After a walk break and some deep breaths I was back in business!
Prince Charming and I did the whole run in about 32 minutes. Now before you get all excited congratulating me on my time I must tell you. The Course was about a 1/2 mile short! 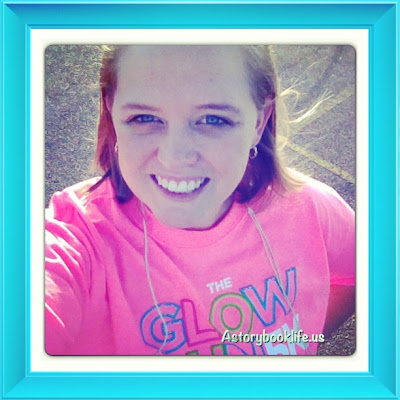 (Another clue I’ve crossed over into Running Addict!)  I was disappointed because I’d taken a walk break and was gearing up to push it the last 1/2 mile when I was brought to a halt by the clanking of medals and flashes of cameras. 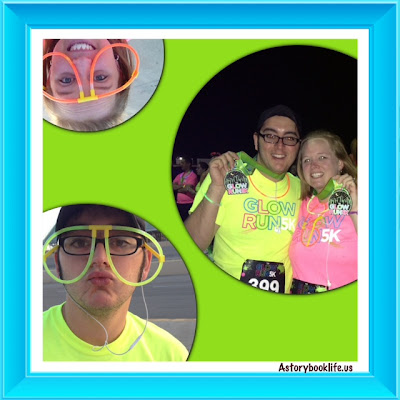 More Info About the Run!
1) This Run is for EVERYONE
If you are new to running, prefer walking, want to encourage your children (or other family members) to be active this is the run. It is sooo non-competitive, and family friendly.
2) Fun Shirts & Medals
I know a lot of people take shirts and bling into consideration. The shirts were cotton, BUT they had youth sizes for the kids (See family friendly) and the medal was pretty substantial AND it glows!
3) Glow Zones
The glow zones were pretty cool to take some fun pictures – we didn’t stop BUT I saw a lot of families and groups taking pictures!

I don’t think Prince Charming and I would run it alone. However, if I were given the opportunity to run with some friends I would TOTALLY do it again!

Hello Friends, Thank you SO much for all the love on the other days post. I didn’t set out to be an […]

Since the month of May is Bike to Work Month, and since I bike to work every single day, Erin asked me […]

This is a sponsored post, I recieved two complimentary entries into the race in exchange for this post.  All opinions are my […]