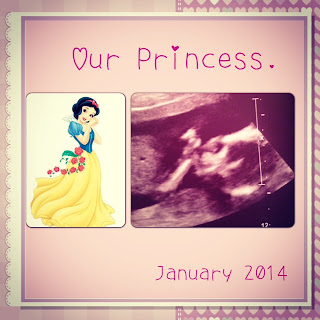 If by chance you missed it … We are having a GIRL!

Prince Charming and I found out on August 29th, but we had to keep it a secret until my parents could come into town for the big reveal! So, our dear friends opened their home and allowed us to invite our families and friends over to announce!

Prince Charming and I went over to our friends house (in the pouring rain) early on Saturday morning to decorate. I was dropped off to decorate and Papi went to party city to get the final supplies for the reveal ready!

Our guests arrived, and voted!

We then had an “Old Wives Tales, Gender Prediction Trivia”. It was fun to gather all of the old wives tales from google and create the little trivia cards. We had 7 general questions, and then 3 questions based off of my pregnancy! 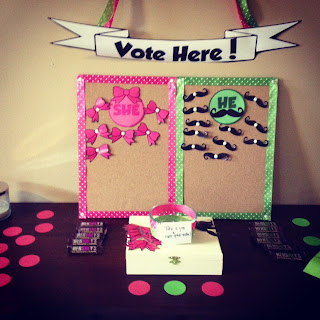 1) What is Baby Jimenez’ average heartrate? (140)
2) What has been Erin’s number one craving? ( Peanut Butter / Cuban Food)
3) What day did we find out we were expecting? (Chris’ birthday)

It was fun to listen to everyone shout out answers, and try to make me blush.

Directly after the trivia we moved over to the voting board and split into teams!

The two teams were given clues and had to run through the house searching for the answer. The final clue read:

He or She?
Come to the Dining Room and be the first to see!
Once in the dining room everyone waited with great excitement to see what was going to happen next (It was great!) Then … out appears my husband with a giant bouquet of dark balloons!!
Confusion, speculation EVERYTHING you can imagine was being whispered as he slowly made his way through the sea of excited people and got everyone in a circle.
First, he gave a balloon to each grand parent. Then one by one the aunts and uncles recieved a balloon and each couple also got one.
At the count of 3, everyone popped the balloon and out exploaded (EXPLOADED!!) Pink, Purple and Silver confetti!! (a few seconds later) out popped screams of joy as people realized that even though BOY was the popular vote, Baby Jimenez is indeed a girl!
Here’s the Video!
We are very excited, and feel very blessed that both Baby Girl and I are healthy.

Being a Big Sister (or Brother) is a pretty exciting new chapter in a person’s life. I remember when we welcomed my […]

Christmas is such a loved season, by so many people – myself included. I love it so much, I had a Christmas […] 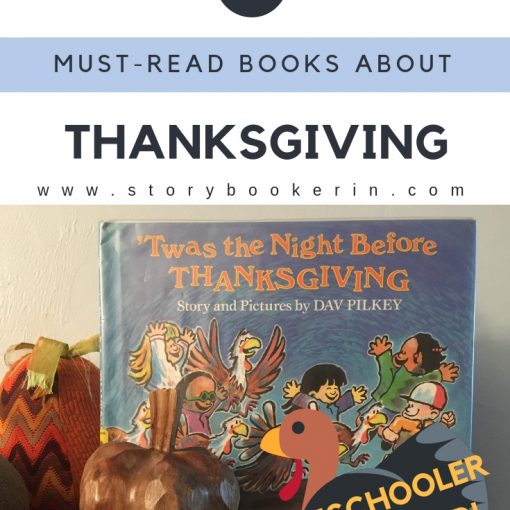 The Importance of Reading Around the age of 5 years old, children will begin to read. It’s an exciting time in the […]

Now that I’m a full-time stay at home mom, I thought it’d be fun to share a day in my life. Unfortunately, […]