We’ve (finally) made it to the recap of the Princess Half Marathon. I won’t lie, I have been struggling to write this post. The fact is,… I don’t really want to re-live it. (Yes, it was that bad) but… My Princess Half weekend posts would be incomplete if I didn’t talk about the biggest race of the weekend, so bear with me – I had a pretty rough run.
Before I went to sleep I decided to set 2 alarms, I just had a feeling I wasn’t going to wake up. I was absolutely exhausted from the previous two days and a little nervous about missing the race. It’s a good thing I set two alarms because in my sleep I turned off the first one and almost missed the second one.
Actually it wasn’t the alarm that woke me up, it was our friend who was staying with us getting settled onto the bed in the living room that woke me up. 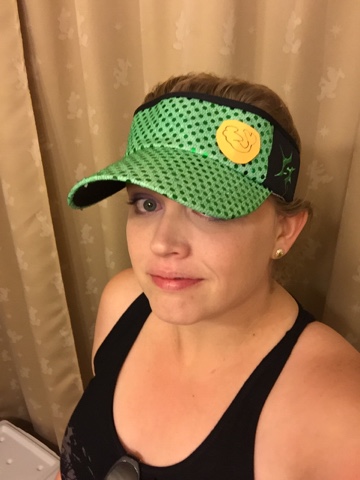 I got up and zoomed around getting ready as fast as possible, and fast walked over to the bus. I was the last person on the first bus before they headed over to Epcot.  Once on the bus I texted my sister to let her know I was on my way!

She responded that she would be leaving soon, so I got in line right away to meet some princesses. After I had met two different princesses, I got a text that she had locked her shoes in her room and didn’t have  key! 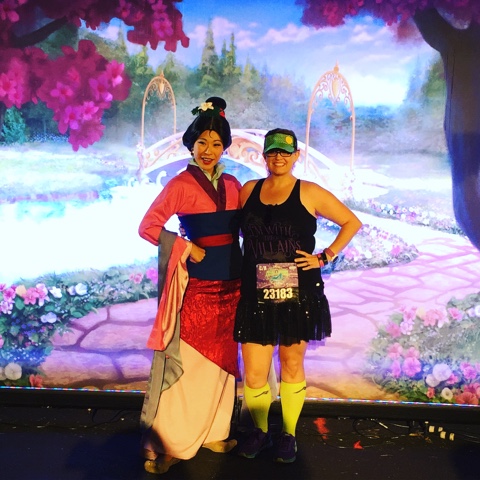 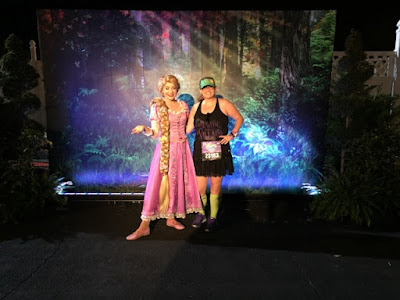 Sooooo, I just kept hanging around with the Princesses waiting for her to arrive.
When she arrived, I was almost next in line to Meet Mulan (again) so we snapped a quick picture and then had to head over to the corrals because they had already done “last call” announcements! 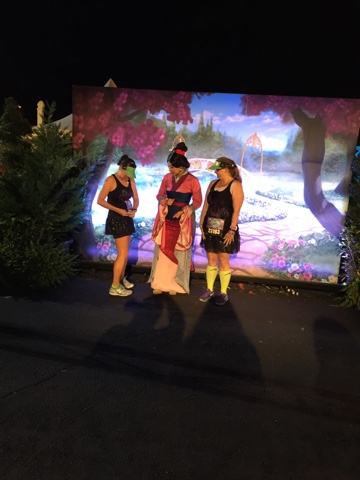 As we walked my sister commented on how long the walk was! It’s nothing like the 10k where you start right in the parking lot.
As soon as our corral left we started our run/walk intervals of 1:30 / 45. The course was really crowded, and a lot of people were trying to run in large groups so we did quite a bit of weaving.  Between mile 1 – 5 we cheered as the elite runners ran by us.  It’s kind of a blur as to the entertainment on the course, so I’m going to link you to Mindy’s blog – she stopped for all the characters with her friend Jenny!
When I started the race I was feeling a little dehydrated so I had a slight cramp, but I pressed on.
Once we made it into The Magic Kingdom I remember there being a TON of characters, and large crowds of people. We took a bathroom break just before mile 6 and kept on running. We did take a couple of selfies by the castle. 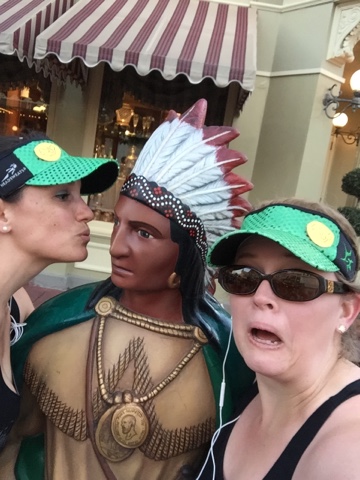 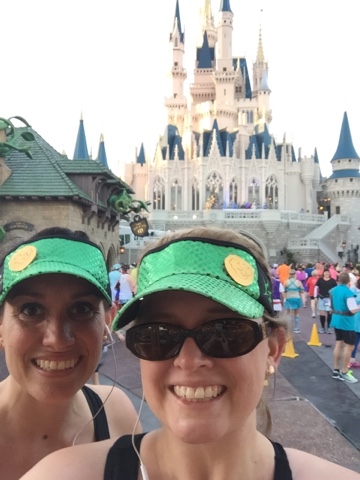 Everything was going FABULOUS until mile 8. At Mile 8 I just wanted to cry… My cramp had gotten more severe and now my knees started hurting.
WHAT?  My Knees???
I’ve never had a problem with my knees, so I was pretty discouraged. My sister kept dragging me along and then, (finally) we made it back to Epcot.
I wish I remembered more about the last part of the course but all I remember was being in tears all the way through Epcot, and then feeling like my knees were going to shatter.
I saw Donald Duck and decided to grab a selfie with him before the finish – he is my daughters favorite! 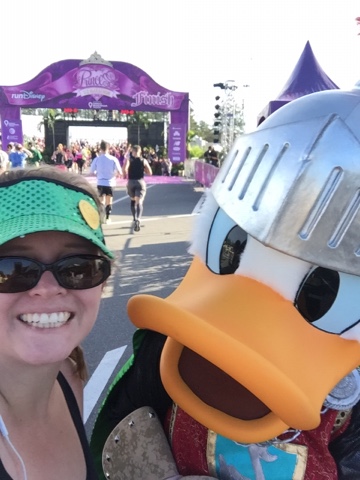 We finished the race, I grabbed ice for both knees right away and headed back to my hotel. I didn’t stop for pictures, I didn’t look for people, I just went to my bus. In fact, I lost my sister in the crowd and just texted her from the bus – it was that bad. 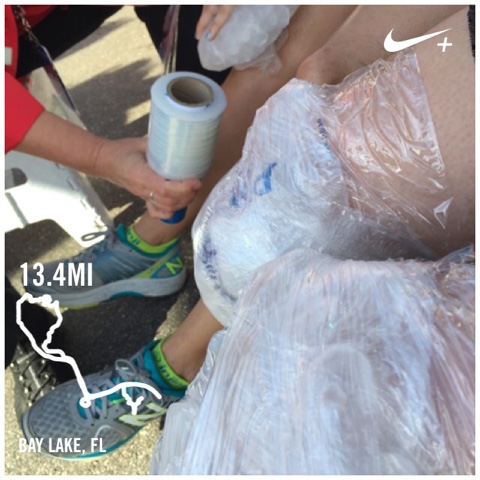 After some food and a shower I was feeling better, but my knees were still in pain and I still had that pesky side cramp.
Our time was 2:57:08
I was in a lot of pain but was still super proud of breaking 3 hours for the half. 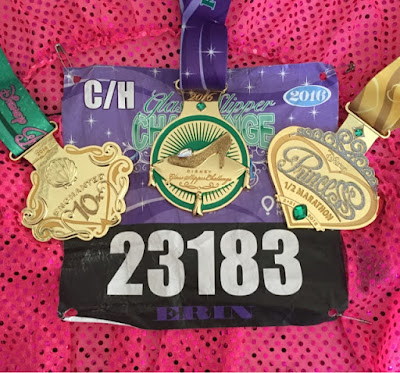 Question of the day: who is your favorite disney Prince? 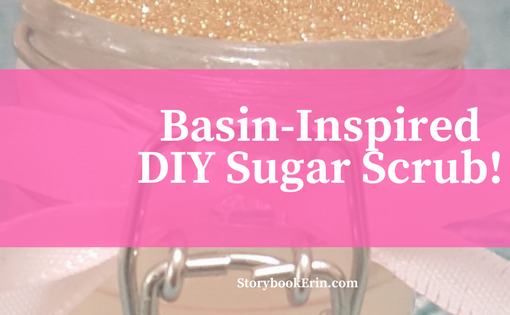 Disney Springs: Must Do One of my favorite places to go to in Disney Springs is Basin.  Today I am going to share […]

Welcome to Part 2 of my BIKE TO WORK series! No matter what you do, it is important to have the right […] 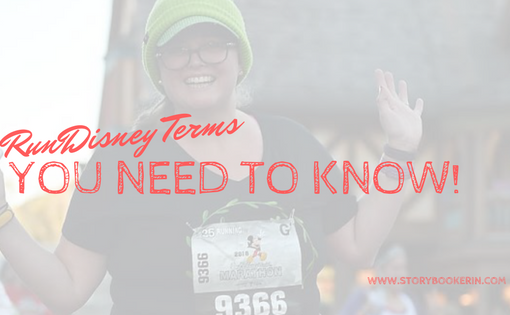 It doesn’t matter if you are a seasoned runner, or new to the sport. RunDisney is a whole new world of terms […]

Need some lunchbox inspiration? Look no further! Here are the items that I pack for an afternoon at the Zoo, Park or […]