Saturday morning arrived far too early, and my husband headed out the door with both girls for a shake out run while I did some speed cleaning around the house.

While he was out, I was able to get the bathrooms cleaned, floor vacuumed, laundry moved along and started to unload the dish washer. I raced around the house dreaming of lounging on the couch with a cup of coffee. Someday I’ll be able to enjoy that coffee, and that day will be sad because it will mean my girls are in school…

Around 12:30 my husbands parents arrived, I pulled a frozen pizza out of the oven (I’m quite the chef, I know) and we headed out the door for packet pick up.

Packet pick up took place at a crab festival in town, and if you wanted to park it was 5.00. Since we were only picking up our packets and heading over to Target we decided that I would jump out and get the packets while my husband drove around the block .

Well,… I jumped out of the car and only took my drivers license (oops). I picked up our packets and then walked around the perimeter of the crab festival looking for my husband. My love was calling me, but I couldn’t answer because my phone was on silent in the car.

Eventually we found each other and we headed over to Target.

All the Halloween costumes were 90% off so we may have had a little fun in that department (We were without kids you know…). I also found a Star Wars shirt to wear to the movie in December and some other random things ( like stickers and Mickey tissues from the dollar spot). 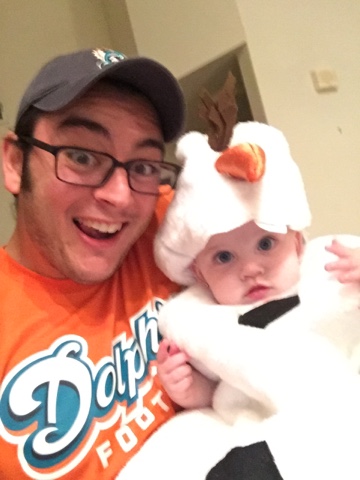 After Target we headed home to visit with our family, and then decided to order dinner from Jason’s Deli. After dinner we put our littlest love in bed and watched Inside Out before all going to sleep around 9:00 p.m.

Question of the day: Have you ever had to pay for parking at a packet pick up?

A few months ago Prince Charming and I were talking about our fitness bucket list. One of the items on my bucket […]

“The colors will wash away, but the memories never fade” … (excerpt from Blacklight Run 2015 Youtube Video.) RegistrationEver since my sisters […]

In honor of my St. Patrick’s Day virtual 5K, please notice I have changed my text color to GREEN! St. Patty’s Day is one […]

As you know, I am a blogger for Jeff Galloway. As such, I get tips directly from Jeff to share with my […]